Biofuel as Substitute for Jet Fuel 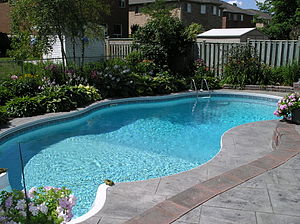 A study conducted at the Michigan Technological University claims that the seeds of a weed can be used to fuel airplanes in the future. Carmelina sativa is an oilseed crop that can be utilized to decrease the carbon emissions made by aircrafts, by as much as 84 percent.

What’s unique about carmelina is that it requires low amounts of fertilizers while giving a high amount of oil yield, and the availability of by-products such as biomass and meal. The study took into consideration the whole process, from planting of the carmelina up to the resulting emission from an airplane’s tailpipe.

Until today, I was not familiar with carmelina sativa, so I did some research. It turns out that it belongs to the mustard family. It is also known as “gold of pleasure,” and “false flax.” It is native to Europe, requires low maintenance, and can be grown in rotation with wheat. It also strengthens the soil in which it is planted.

Another good thing about carmelina is that it only takes around 85 to 100 days before one can harvest it. The plant is also frost tolerant so it can be planted early. Excess carmelina can be used for animal feedstock.

At present, North Dakota, South Dakota, Eastern Washington, and Montana are cultivating carmelina. But once the demand for it increases, then other dry areas across the country can be used to cultivate the crop.

Carmelina oil may be an ideal substitute for jet fuel. It meets, and at times even exceeds, petroleum jet-fuel specifications. Engines don’t need to be converted to use it. Ethanol is already off the list, because jets can’t use oxygenated fuels.

The Boeing Company tested carmelina oil in cooperation with Japan Airlines earlier this year. The test results were reportedly astounding. Billy Grover, Boeing’s managing director of environmental strategy, stated that it performed better than traditional jet fuel and that it supports the company’s goal of looking for sustainable and renewable fuel sources which can help the aviation industry reduce carbon dioxide emissions.

Although carmelina is seen as the best replacement for fossil jet fuel, there are some obstacles in the way. There are questions about availability of commercial-sized quantities of the crop, as well as its price. Most farmers are unaware of carmelina’s viability, and there are few refineries that process it. But if these factors are taken care of, this crop can bring in more jobs and opportunities, especially for those in the rural areas.